Chinese are said to be the first Asians to migrate to the US. A series of events in 1840s led to Chinese immigration to the United States and can be divided into three distinct epochs. The first move was made in 1848 after the discovery of Gold in California; influenced by the poor economic and political conditions in China. Chinese were known for their hard work, wealth and skilled expertise in various industries such as Hotel and Restaurants, Fishing, Farming, Merchandise, Mining and other industries. Populating as high as 25,000, Chinese had formed the majority of Asian immigrants in California and around San Francisco. They wished to take back their good fortunes and accomplishments to their Homeland.

In the post Civil War period, US economy began fluctuating, mainly in California where the Chinese immigrants were in majority.  US started accusing Chinese workers for the Economic depression where in reality they worked at extremely lower wages and in dirty or risky conditions. US passed out a discriminative law of banning Chinese people from migrating to the country. This was called the Chinese Exclusion Act of 1882.Under this law, Chinese person could enter only if the individual had strong diplomat reference, had been living in the US or had a blood relation working in any of the exempt skilled classes such as merchants, officials, teachers etc . During 1882-1943, no other groups except the Chinese were enforced under the ethnic discrimination. As a result of the Exclusion Act, the ratio of male to female Chinese individuals was significantly reduced; reported to be 27:1 in 1890.Many Chinese were forced to go back to support their families while others used illegal method of moving their family to the US.

This resulted in beginning of the second period of Chinese Immigration. United States and China became allies against Japan in World War 2, paving way for the annulment of the Chinese Exclusion Act in 1943.Immigration Act of 1924 reconsidered the Chinese Immigration, giving allowance to US national Chinese born on the time scale of 1890-1920. This could not really help as the law of Chinese Exclusion Act was still functional during the 1890-1920 period. With the arrival of Communist Party, other Chinese immigration supplementary acts were made, allowing specific groups, such as refugees and war brides to migrate from China. However, with the passage of time, racial discrimination in the immigration policies was gotten rid of under the Immigration and Nationality Act of 1965.Since then US facilitates racial Chinese immigration through individual quotas for Mainland China, Hong Kong and Taiwan. Before that, US recognized Chinese Immigration mainly from Taiwan, resulting in sub-group oriented Chinese culture, drifting away from Chinese urban areas called the “China Towns”. Chinese migrating from Hong Kong were a minority, and were usually students and professionals.

Since the 1980s, the third wave of Chinese immigrants has also consisted of those seeking for lower paid manual jobs, settled in higher urban places like New York City. 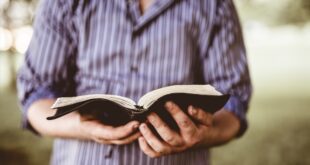 Exploring the Culture of Disbelief: Politics and Religion