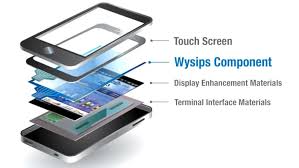 MOBILES CAN BE CHARGED BY SOLAR PANEL DISPLAY SCREENS

MOBILES CAN BE CHARGED BY SOLAR PANEL DISPLAY SCREENS

Smartphone are one of the necessary device technology for each person on Planet Earth. Most of the companies have invented their  Smartphone with various apps technology and specifications. But power saving and charging of devices is remained an immense issues for  users with  busy working schedule. The screen display is a major fact of power usage and necessary element of any mobile device.  But now it’s not a big issue.

Kyocera  has started working along with Sun Partner Technologies as a partner  on a innovative idea regarding prototype solar panel screens. Prototype screens are usually transparent with solar panel crystals which assist your phone to get source for charging whether it can be used outside or indoor.
Kyocera  has  worked  on  the phones  including Blue Earth of  Samsung .They  have  experienced embedded  layers of solar cells on their back. They have built-in translucent solar equipment in the screen connected with its jagged torque stripe. Furthermore, this technology is slim sufficient to incorporate with all type of accessible phones. Its measurement is almost 0.5mm opaque and accuracy up to 90% which can’t trouble in the display screen. Solar panel is placed next to the sensible layer of screen which assists solar cells to saturate light and converts it into energy to recharge phones battery.

Kyocera has predicted that a number of researchers are at present functioning to formulate translucent solar panels with better quality and with cheap cost. And expecting it to be available for Smartphone user’s  next year to get them hold. Furthermore, most of the users have desired also to use it even for the windows of computer as well as  for all electronic devices.