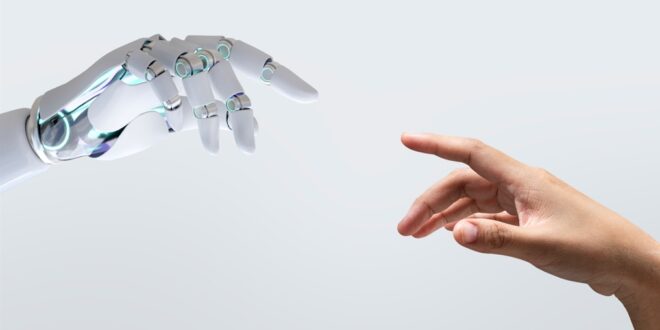 Artificial Intelligence is one of the hottest and most debated topics in today’s society. There are a lot of different definitions out there, so I’m just going to go with what Wikipedia has listed as its definition: the theory and development of computer systems able to perform tasks that typically require human intelligence, such as visual perception, speech recognition, decision-making, and translation between languages. Artificial Intelligence is still a new technology that is being developed.

What is Artificial intelligence?

Artificial intelligence (AI) describes the ability of computers and computer systems to perform tasks that normally require human intelligence, such as visual perception, speech recognition, decision-making, and translation between languages.

AI describes machines that have the ability to learn and think for themselves, without being explicitly programmed. These intelligent machines are becoming more and more common as computing power continues to grow. They can now be found in our smartphones, in our homes, and in some of the most popular social media websites.

Artificial Intelligence (AI) is the simulation of human intelligence processes by machines, especially computer systems. AI research is based on implementing and developing algorithms with desirable characteristics resembling those of human intelligence: reasoning, knowledge, planning, learning, communication, perception, problem-solving, and self-correction. Here’s how it works.

The term was coined in 1956 at a conference on the Dartmouth Summer Research Project on Artificial Intelligence. The field of AI research was born at this conference and over time has come to include techniques that go beyond simple rule-based systems to learn from data, understand language, interpret images, and perform complex mathematical calculations.

Artificial Intelligence’s development started back when modern computers were being developed during World War II.

Artificial Intelligence (AI) is a field of computer science that aims to create machines capable of intelligent behavior. Those can be manifested in diverse ways—from solutions to specific problems in fields such as games or traditional decision-making tasks to an extremely generalized computer able to simulate any person within reason.

These are both programming techniques that enable computers to learn from data without being explicitly programmed where to find patterns, anomalies, etc. They have been around since around 2010 when more powerful processors enabled them to start becoming a reality for companies that were developing Artificial Intelligence applications.

Machine Learning is an Artificial Intelligence technique that enables computers to learn without being explicitly programmed. It has been around since around 2010 when more powerful processors enabled it to start becoming a reality for companies that were developing Artificial Intelligence applications. Machine learning algorithms require a data set from which they can learn, and ‘train’ by sorting different patterns in their database by importance or relevance.

Artificial Intelligence has become increasingly prominent in our lives due to advances in natural language processing. NLP is a term used to describe software capable of understanding human speech as it’s spoken and translating that speech into text. NLP has helped AI become more effective because it enables AI to respond to humans in their own language, using methods that humans are familiar with.

Artificial intelligence, or AI, is a field of computer science that researches the idea of creating machines that have cognitive abilities that would allow them to do things like making decisions and solving problems. The term artificial is used because this type of intelligence can’t be found in human or animal systems.

AI research has been instrumental in the development of autonomous vehicles, Google’s AlphaGo algorithm, IBM Watson, Amazon’s Alexa, and Apple Siri—all examples of what AI can do now and will be doing even more in the future. Some of the most popular uses for AI are in driverless cars, digital assistants such as Siri and Alexa, and chatbots.

Hi, This is Ammar Hashmi, a Student of MS with a specialization in Artificial intelligence (AI). I am a Vloger and Blogger.
@https://twitter.com/HashmiAmmar
Previous How to Generate Affiliate Marketing Traffic
Next 11 Psychology Tricks You Can Use to Manipulate Anyone 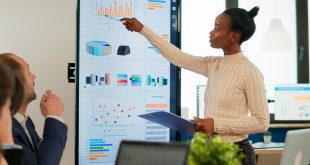