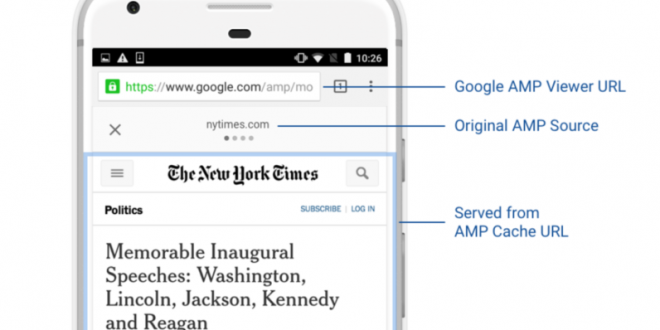 An annoying problem with Google’s ability to accelerate mobile web pages is out of the question!

The Accelerated Mobile Pages (AMP) service, which accelerates the loading of Google’s mobile pages, was announced in December 2015 and opened for everyone in early 2016.

The AMP had a small problem, even though it opened the pages almost instantly: sites using AMP had problems copying the links on the page. Google made it easy to copy links with a change you made today.

AMP pages consist of three URLs according to Google. The first is the page’s original URL, the second is the AMP cache URL that most people never see, and the third is the AMP Viewer URL, which appears in Google’s mobile search results.

Google adds a button on top of the page with the change you’ve made. Thanks to the change, you can share the connection with a long touch. The function will be available as an update to the Google app on Android. The innovation is available in the Google search application on the iPhone.

Although Google does not share the number of websites that make use of AMP, it’s likely that we will not find out about it at the upcoming Google I / O event.