Whatsapp is getting ready to bring more innovation to its users. With the update, the messages sent by mistake will be edited and sent again.
In 2016, whatsApp was the most popular feature for users, and the video conversation was soon to be implemented. WhatsApp, who has witnessed the sending of minor updates almost every day, will soon have another new feature.

For now, this innovation that iOS users will be able to use will be able to edit and re-send messages that are unsolicited or misplaced from the application even if they are canceled. Its use is quite simple: hold down on the message you have sent and say “cancel”.

This feature, which appeared in beta version 2.17.1.869 and will soon become available, includes not only text, but also sent videos. WhatsApp does not make a statement because the feature is hidden and because it is still in testing phase. So the necessary announcement will probably be made after the beta phase.

This feature, which will be available to iOS users first, will be included in the Android platform soon. “ 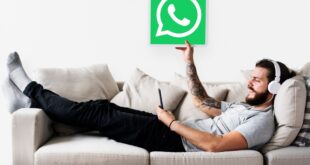