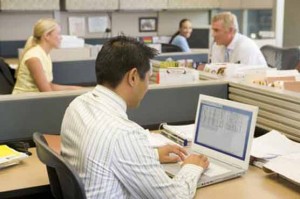 Sitting for long hours can kill you in 3 years

Sitting for long hours can kill you. 11 hours or more in everyday life increases our chances of dying within three years.

It is irrespective of whether we are physically active or not, an Australian study has found that sitting for long hours can kill you.

According to the study by University of Sydney, the people who remained sedentary for half day had a 40 percent increased risk, even when physical activity and weight was taken into account, the Daily Mail reported.

“These results have important public health implications. That morning walk or trip to the gym is still necessary but it s also important to avoid prolonged sitting,” according to study leader Hidde van der Ploeg.

“Our results suggest the time people spend sitting at home, work and in traffic should be reduced by standing or walking more.”

Among the physically inactive group, those who sat the most had nearly one-third higher chance of dying than those who sat least.

The research was commissioned by the Cardiovascular Research Network and supported by the National Heart Foundation Australia s NSW Division.

Heart Foundation CEO Tony Thirlwell said being inactive was a major risk factor for cardiovascular disease, which is responsible for over 17 million deaths a year worldwide.

“Watching TV, using computers and electronic games can involve sitting for long periods and have become a big part of leisure time,” he said.

“But we know that people who spend less time on these things have better health than those who spend too much time on them. Therefore, Sitting for long hours can kill you. Avoid late sitting.

Next How to Win Back Trust of Your Friends