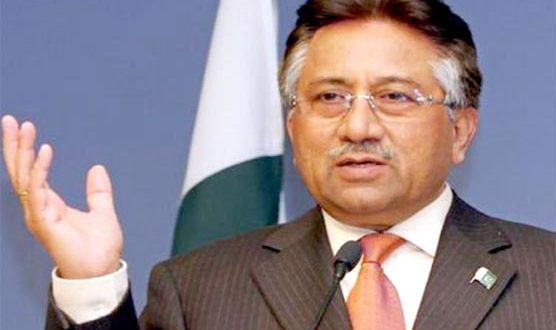 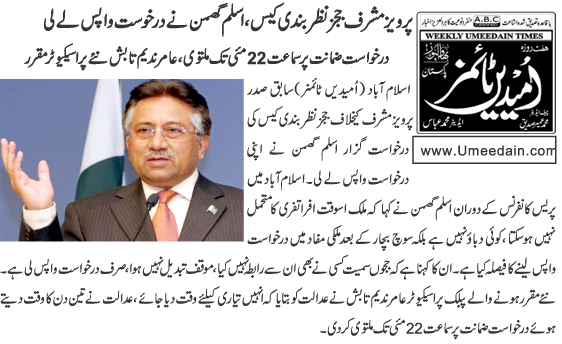 Addressing a press conference in Islamabad, Aslam Ghumman said that he had decided not to pursue judges’ detention case keeping in mind the national interest as the country was already facing various crisis.

ISLAMABAD (Umeedain Times): Anti-Terrorism Court (ATC) granting 14-day extension in the judicial remand of former president Pervez Musharraf also acceded to the plea made by the lawyers of Pervez Musharraf and allowed exemption from his presence in the court for one day.

Pervez Musharraf could not be produced in the court for security reasons.

Later, the court adjourned the hearing until June 1.

Previous 60 injured in US train accident
Next Army to be deployed at 43 Karachi polling stations: ISPR