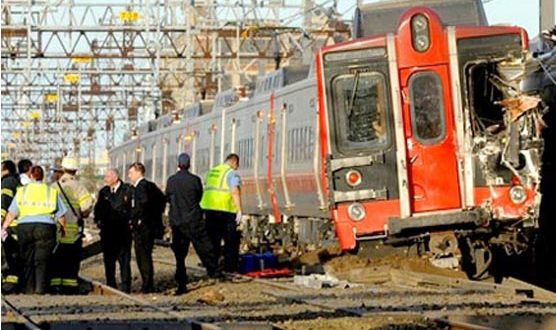 60 injured in US train accident 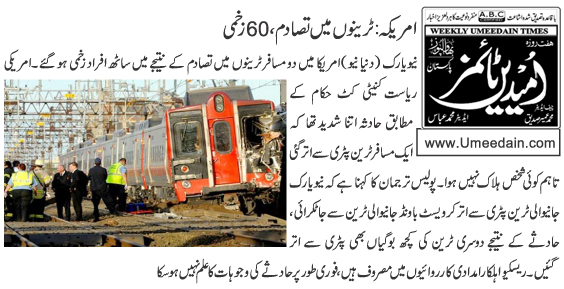 A spokesman for the Metro North commuter train line said the incident involved a train headed into the city and one traveling in the opposite direction toward New Haven, Connecticut.

“Sixty people have been taken to the hospital,” Connecticut governor Dan Malloy said on Twitter.

The accident happened at the Connecticut city of Bridgeport at around 6:00 pm (2200 GMT).

Alex Cohen, a passenger on the train headed to New York, said it pulled to a sudden halt and then suddenly jerked forward.

“There was smoke. People were screaming, people were really nervous. We were pretty shaken up. They had to smash a window to get us out,” Cohen told NBC Connecticut.

Malloy told reporters the collision was a very serious incident but there was “no reason to believe that this was anything but accidental.”

“We’re most concerned about the injured and ultimately reopening the system,” he added.

The New York Post newspaper reported that the accident occurred along a stretch of train track that was undergoing repairs.

Metro North, one of America’s busiest commuter rail lines, which carries around 280,000 passengers each day, said it was not yet known what had caused the collision.